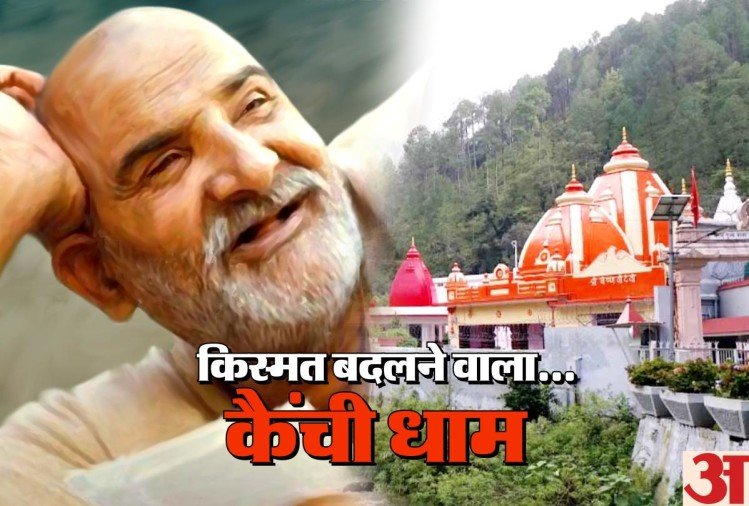 Neem Karoli Baba or Neeb Karori Baba (c. 1900 – 11 Sptember 1973), known to his followers as Maharaj-ji, was a Hindu guru and a devotee of the Hindu deity Hanuman. He is known outside India for being the spiritual master of a number of Americans who travelled to India in the 1960s and 70s, the most well-known being the spiritual teachers Ram Dass and Bhagavan Das, and the musicians Krishna Das and Jai Uttal. His ashrams are in Kainchi, Vrindavan, Rishikesh, Shimla, Neem Karoli village near Khimasepur in Farrukhabad, Bhumiadhar, Hanumangarhi, Delhi in India and in Taos, New Mexico, US.

When you have a list of followers that includes names like Mark Zuckerberg, Steve Jobs and Daniel Goleman, you are bound to raise some real curiosity. It is a small ashram now called Kainchi Dham, Neem Karoli Baba Ashram near Nainital, which attracts a long list of people visiting the place where famous Neem Karoli Baba spent ten years of his life. This is the most well known and famous Ashram of Neem Karoli Baba, followed by some of the biggest entrepreneurs in the world.

Kainchi is a beautiful secluded mountain ashram located in the Kumoan Hills in Uttarakand. This is one the oldest temple of Neem Karoli Baba and was inaugurated in June 1964.

The place is in its full glory each year, during the famous June 15th bhandara, reportedly, more than one lakh (100,000) people are fed.

Rules mean a lot here and there are poeple to ensure it is followed properly. Furthermore people staying at the ashram are required to participate in morning and evening Arati. While the temples are open to everyone from 7am to 6pm in Winter, the ashram is closed for 4-5 months, because it becomes very cold.

His notable devotees and followers include humanitarian Larry Brilliant and his wife Girija, scholar and writer Yvette Rosser, filmmaker John Bush, and Daniel Goleman author of The Varieties of the Meditative Experience and Emotional Intelligence. Baba Hari Dass (Haridas) was not a disciple, however, he supervised several buildings and maintained the ashrams in Nainital area (1954-1968) before heading to the USA to become a spiritual teacher in California in the beginning of 1971.

Steve Jobs, along with his friend Dan Kottke, traveled to India in April 1974 to study Hinduism and Indian spirituality; they planned also to meet Neem Karoli Baba, but arrived to find the guru had died the previous September. Hollywood actress Julia Roberts was also influenced by Neem Karoli Baba and later converted to Hinduism. A picture of him drew Roberts to Hinduism.

The first temple on your right is a small temple and proceeding further you will find a right cut from where you will find Hanuman Temple, Baba Neem Karoli Temple. There is also a library where you can find some books about life, spirituality and philosophy on Neem Karoli Baba. We did buy a handful of them in English and Hindi. I am yet to read the book and will share my thoughts when I complete reading the book. Interestingly the book is also available on Amzaon and I am sharing the link for people who may like reading the book.

Kainchi Dham Ashram sits near in Nainital which in itself is a wonderful and scenic hill station. The ashram has some real peaceful charm and I would recommend anyone and everyone reading this post to at least visit the destination once. I can assure you will have a wonderful experience.