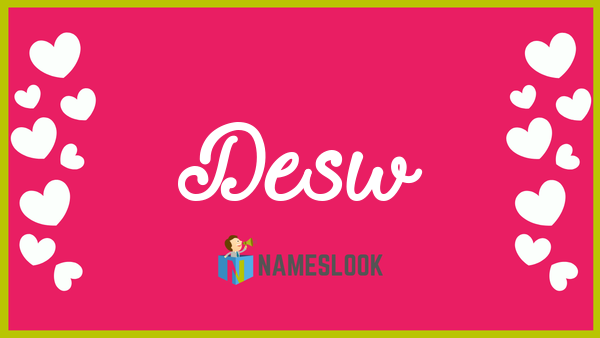 Department of Ex-Servicemen Welfare (DESW) was created in view of the expanding population of ex-servicemen (ESM) and widows. There were persistent demands from service Headquarters and various associations for a separate Department to look after the welfare, resettlement and rehabilitation of ESM, war widows and their dependents. In 1986, a decision was taken to create an independent resettlement division in the Department of Defence.

A new Department of Ex-Servicemen Welfare (DESW) was created in the Ministry of Defence on 22nd September, 2004 in order to pay focused attention to the welfare and resettlement of ESM. DESW is mandated to formulate and implement various policies and programmes for the welfare and resettlement of Ex-Servicemen in the country. The Department consists of two Divisions i.e. (i) Pension Division; and (ii) Resettlement Division. The Pension Division of the Department of Ex-Servicemen Welfare deals with pension policies for the Armed Forces personnel and redressal of grievances of Ex-servicemen whereas the Resettlement Division looks after the remaining matters. Further, DESW has 3 Attached offices namely, Kendriya Sainik Board Secretariat (KSB Sectt.), Directorate General of Resettlement, (DGR) and Central Organisation, Ex-servicemen Contributory Health Scheme (CO, ECHS).

KSB Sectt. is responsible for the welfare of Ex-Servicemen and their dependents and also for the administration of welfare funds. It is assisted in its task by 34 Rajya Sainik Boards (RSBs) and 403 Zila Sainik Boards (ZSBs), which are under the administrative control of respective State Governments/Union Territory Administrations. The Government of India shares 75% of the expenditure incurred on the maintenance of RSBs/ZSBs in respect of the States of Arunachal Pradesh, Assam, Manipur, Meghalaya, Mizoram, Nagaland, Tripura, Sikkim, Uttarakhand, Jammu & Kashmir, and Himachal Pradesh and 60% for other States/UTs while the remaining expenditure is borne by respective State Governments.

The office of Directorate General of Resettlement implements various Policies / Schemes / Programmes for pre and post retirement training, re-employment and self- employment of ex-servicemen. The DGR is assisted in its task by 5 Directorate Resettlement Zones (DRZs) co-located with the Army Command Headquarters at Udhampur, Chandimandir, Lucknow, Kolkata and Pune.

Central Organisation, Ex-Servicemen Contributory Health Scheme takes care of the healthcare and medical needs of Ex-servicemen and their dependents through a network of 427 polyclinics across the country.

Directorate General Resettlement (DGR) is an attached office of Ministry of Defence, Department of Ex-Servicemen Welfare (DESW), which facilitates resettlement of Ex-Servicemen (ESM) by organizing Pre and Post retirement training and facilitating re-employment & self-employment. DGR was initially raised in 1954 under AGs Branch, Army HQ. In 1968 Kendriya Sainik Board (KSB), Rajya Sainik Boards (RSBs) and Zila Sainik Boards (ZSBs) became part of the Directorate of Resettlement and it was upgraded as Directorate General of Resettlement (DGR) headed by a Lieutenant General rank officer. DGR became an attached office of Department of Ex-servicemen Welfare, Ministry of Defence in 2004. In the year 2009, following bifurcation of KSB, DGR has been left with only five Directorate Resettlement Zones (DRZ’s) which are co-located with the following Command HQs of the Army :-

Resettlement of ESM is sought to be achieved through the following:-

(a) Upgrading their skills by imparting necessary training to prepare them to take on new assignments/jobs and assisting ESM in finding re-employment.

(c) Pro-active action to facilitate re-employment of ESM in the Corporate Sector.

(d) Providing jobs through the following schemes for self employment –

The Government of India vide its resolution dated 7th September 1919 suspended the functioning of the Central Recruiting Board and at its place a new Board was established called the Indian Soldiers’ Board to advise on matters affecting the interest of serving, discharged and deceased Indian Soldiers and non-combatants & their dependents. Due to steady expansion of the Navy and Air Force during the Second World War, the need for a single organization to perform the same functions in relation to all the three services was felt and the Board was consequently reconstituted in 1944. In March 1951, it was renamed as the Indian Soldiers’, Sailors’ and Airmen Board.

The designation of the Board was changed to the Kendriya Sainik Board at the Centre and Rajya Sainik Board and Zila Sainik Board at State and district level in 1975. The Board now functions under Dept of Ex-Servicemen Welfare in the Ministry of Defence as its attached office vide GoI Notification No. 10(02)/I/D (Res.)/2007 dated 29.1.2009. The present composition of the Board as per Gazette notification dated 26.12.2019 comprises of President (Hon’ble RM), Vice President(Hon’ble RRM), Secretary (Secy KSB) and 45 members which include Chief Ministers/Lt Governors of various States/UTs, MPs, Service Chiefs, Govt. officials and Ex-Servicemen. The Secretariat of Kendriya Sainik Board is headed by a serving officer of the rank of Brigadier or equivalent from the Navy/Air Force.

Though welfare of the Ex-Servicemen and their dependents is the joint responsibility of the Centre and the States / UTs, majority of the problems have to be resolved only by the States / UTs. Like the Kendriya Sainik Board at the Centre, the Rajya / Zila Sainik Boards are responsible for policy formulation and implementation of resettlement and welfare schemes for Ex-Servicemen, widows and their dependents residing in their respective States / UTs / Districts. To assist the Central Government in this regard, there are 34 Rajya Sainik Boards and 403 Zila Sainik Boards in the country. The expenditure on establishment of RSBs & ZSBs is shared between the Centre and the States/UTs on 75:25 basis for the special category States/UTs (Arunachal Pradesh, Assam, Manipur, Meghalaya, Mizoram, Nagaland, Sikkim, Uttarakhand, Jammu & Kashmir, Ladakh and Himachal Pradesh) and 60:40 basis for rest of the States.

The Secretary KSB advises the Department of Sainik Welfare in the States / UTs on the policies for resettlement and welfare of Ex-Servicemen/widows and seeks reports from the Director, Department of Sainik Welfare / Secretary RSB and Zila Sainik Welfare Officer / Secretary ZSB, on implementation of policies and success in resettling Ex-Servicemen, widows, disabled personnel invalidated out from the Service and their dependents. Advice is also rendered on the welfare schemes required for the clientele, which are financed from funds allotted by the Governments of States / UTs and the Amalgamated Special Funds.

Ex-Servicemen Contributory Health Scheme (ECHS) was launched with effect from 1st April 2003. The Scheme aims to provide allopathic and AYUSH medicare to Ex-servicemen pensioner and their dependents through a network of ECHS Polyclinics, Service medical facilities, Government hospitals, empanelled private hospitals/specified Govt. AYUSH hospitals spread across the country. The Scheme has been structured on the lines of CGHS to ensure cashless transactions, for the patients and is financed by the Government of India.Matters relating to Ex-Servicemen Contributory Health Scheme have been allocated to Department of Ex-Servicemen Welfare after its creation in September, 2004. Later vide Notification dated 29th January, 2009 ECHS has been designated as an attached office of Department of Ex-servicemen Welfare. The Central Organisation of ECHS is headed by a Managing Director, a serving Major General.

The Scheme is managed through the existing infrastructure of the Armed Forces so as to minimize the administrative expenditure. The existing infrastructure includes command and control structure, spare capacity of Service Medical facilities (Hospitals and Medical Inspection Rooms), procurement organization for medical and non-medical equipment, Defence land and buildings etc. Station Commanders assisted by Senior Executive Medical Officers (SEMO) exercise direct control over the ECHS Polyclinics.

There are 427 Polyclinics in 28 Regional Centres sanctioned by the Government, ECHS Polyclinics are designed to provide ‘Out Patient Care’ which includes consultation, essential investigation and provision of medicines. Specialized consultations, investigations and ‘In Patient Care’ (Hospitalization) is provided through spare capacity available in Service hospitals / Government Hospitals / private hospitals empanelled with ECHS.

The ‘Prime Minister’s Scholarship Scheme (PMSS)’ is being implemented to encourage technical and post-graduate education for the widows and wards of the deceased/ex-service personnel of Armed Forces, Para Military Forces and Railway Protection Force. The scheme is funded out of National Defence Fund administered by Prime Minister’s Office. Scholarships are available for education at various technical institutions (medical, dental, veterinary, engineering, MBA, MCA and other equivalent technical institutions having AICTE/UGC approval).

The Scheme was introduced in 2006. Five thousand five hundred (5500) scholarships are being awarded annually under this scheme. The amount of scholarships was Rs.2,000/- for boys and Rs.2,250/- for the girls per month and is paid annually. This has now been increased to Rs.2,500/- per month for boys and Rs.3,000/- per month for girls w.e.f. FY 2019-20. The payment is made through ECS into the bank account of the selected students. The scheme migrated from offline to online mode with effect from Academic Year 2016-17.

Number of Beneficiaries and Amount Disbursed:

The total amount disbursed under PMSS since 2014-15 is as under:

The Scheme is managed by the Kendriya Sainik Board (KSB). As such, the students can know more about the eligibility criteria, courses covered, priority categories and can also apply online by clicking ‘PMSS’on the horizontal menu bar of KSB websitehttp://ksb.gov.in/.