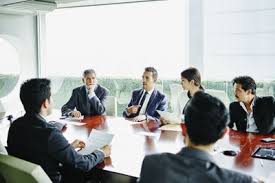 Composition of Board of Directors

The board of directors is called the brain of the company. They are responsible for taking all the big decisions and making policy changes. These decisions are taken in special meetings, members of the board hold together, called ‘Board Meetings’.

The maximum number of members a company can assign as directors is fifteen. However, the company can pass a special resolution in a general meeting to allow for assigning more than fifteen members to the board of directors.

The maximum number of companies that an individual can become a director of, is 20 companies.

At least one director, who has lived in India for a minimum of 182 calendar days of the previous year, shall be appointed by every company’s board. It is a mandatory rule.

At least, one woman director must be appointed by the company.

All listed companies must have at least one-third proportion of their board of directors as independent directors.

The board of directors’ key purpose is to ensure the company’s prosperity by collectively directing the company’s affairs, whilst meeting the appropriate interests of its shareholders and stakeholders. The chairman of the board is often seen as the spokesperson for the board and the company.

Directors have a duty to attend meetings where they are reasonably able to do so. Often the Articles will provide that Directors can be removed if they do not attend meetings for a certain period. Normally, a Board meeting can be called by the company secretary, or any Director.

A directorship is an office, not necessarily an employment. If, however, the company enters into a service contract with the director, the terms of which make the director an employee under the usual common law test, then the director becomes an employee. Many company directors are in this position.

The bylaws typically state who can call a board meeting; this is usually the board chairperson or board president. About a week before the meeting, the board secretary should ask board members for any items that they want added to the agenda.

The CEO cannot fire the Board; in fact the Board hires and fires the CEO. If the CEO is unhappy with a Board member, he can approach the Chairman and ask him/her to review the Director’s performance. If lacking, then the Director need not be nominated to stand for election at the next Annual General Meeting.

Typical inside directors are: A chief executive officer (CEO) who may also be chairman of the board, other executives of the organization such as its chief financial officer (CFO) or executive vice president and Large shareholders (who may or may not also be employees or officers).

Main function of the board of directors

The board of directors’ key purpose is to ensure the company’s prosperity by collectively directing the company’s affairs, whilst meeting the appropriate interests of its shareholders and stakeholders. The Roles of the Board of Directors are below:

Election and Removal Methods of Board Members

Removal of a member by resolution in a general meeting can present challenges. Most bylaws allow a director to review a copy of a removal proposal and then respond to it in an open meeting, increasing the possibility of a rancorous split. Many directors’ contracts include a disincentive for firing — a golden parachute clause that requires the corporation to pay the director a bonus if they are let go.

A board member is likely to be removed if they break foundational rules; for example, engaging in a transaction that is a conflict of interest, or striking a deal with a third party to influence a board vote.

Breaking foundational rules can lead to the expulsion of a director. These infractions include but are not limited to the following: