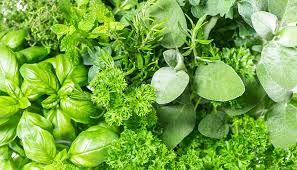 Aromatic plants and herbs used in herbal medicines and personal care products are the key ingredients of the farm’s high earnings. Shankhapushpi, Ateesh, kutki, kuth, kapikachhu, and karanja are some of the herbs that mean little to the urban consumer but are a big source of income for some farmers. Medicinal plants grow best within certain ranges of various factors includes temperature, soil moisture, soil nutrients, light, air pollutants, humidity, soil structure, and pH level. Although these factors affect all plants are frequently grown or kept in cultural particles such as fertilization, irrigation, spraying with pesticides that may affect their growth considerably.

Medicinal plants play an important role in the development of human cultures around the whole world. Some of the plants contain ginger, green tea, walnuts, aloe, pepper, and turmeric, etc. Some plants and their derivatives are considered as the main source for active ingredients that are used in aspirin and toothpaste etc. Now, let us get into the details of medicinal plants/crops contract farming in India.

Contract farming is a system for the production and supply of agriculture produce under a forward contract between producers, suppliers, and farmers. The essence of such an arrangement is the commitment of the producer, seller to provide an agriculture commodity of a certain type at a time and quantity required by a known and committed buyer. Farmers are required to plant the contractor’s crop on his land and to harvest and deliver to the contractor a quantum of products based upon anticipated crop yield. This can be a pre-agreed price. It can indeed be a vehicle for the modernization of agriculture in India. The agro-based industries need timely and adequate inputs for good quality agricultural produce. 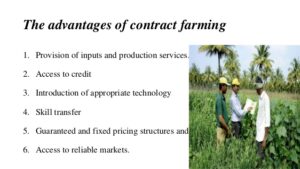 Importance of the medicinal crops

The Indian farmer is presently in a difficult situation and the majority is looking at options other than farming. The farmer is constrained by the shrinking net income flow due to the increasing cultivation cost and uncertainty in production and prices. Largely, farmers have not diversified from traditional crops. Production costs of traditional crops are now becoming costly and the market system is very poor. These factors have forced the farmers to shift towards other crops that have the potential for better returns compared to the traditional crops. In this backdrop, the cultivation of medicinal crops is risky in terms of the incidence of pest attacks, diseases, and price fluctuations, and has potential returns. This significance is further strengthened by the fact that these crops can be grown in degraded and marginal soils, or raised as inter-crops in plantation crops such as areca nut, coconut, etc. with less difficulty. The trade demand for these crops is increasing with the increased interest in western consumers towards eastern medicinal systems.  Almost 75 percent of the plant material used in indigenous medicines is collected from forests and wild habitats. People hardly have any knowledge about the medicinal plants collect the material and pay little attention to selective harvest or harvesting of natural plants. 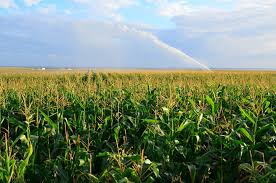 Main features of the contract system

The main features of the contract system are; 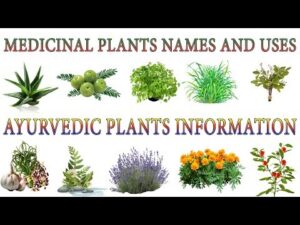 Importance of some herbs with their medicinal values

Cilantro, Basil, Thyme, Golden Oregano, Rosemary, and Variegated Sage are the most important medicinal herbs and can be planted in the kitchen garden. These herbs are very easy to grow, look good, taste and smell amazing and many of them are magnets for bees and butterflies.

Many herbs are used as blood purifiers to change a long-standing condition by eliminating the metabolic toxins. These are known as ‘blood cleansers’. Certain herbs develop the immunity of the person, thereby reducing conditions such as fever.

Some herbs are having antibiotic properties. Turmeric helps inhibit the growth of germs, harmful microbes, and bacteria. Turmeric is usually used as a home remedy to heal cuts and wounds.

Sandalwood and Cinnamon are great astringents apart from being aromatic and sandalwood is used in arresting the discharge of blood, mucus, etc. Indian sages were known to have remedies from Medicinal plants which act against poisons from animals and snake bites.

Herbs such as Cardamom and Coriander are renowned for their appetizing qualities. Other aromatic herbs that are peppermint, cloves, and turmeric add a pleasant aroma to the food, thereby increasing the taste of the meal. Some herbs such as aloe, sandalwood, turmeric are used as antiseptic and are very high in their medicinal values.

Ginger and cloves are mainly used in certain cough syrups. They are known for the expectorant property, which promotes the thinning and ejection of mucus from the lungs, trachea, and bronchi. Eucalyptus, Cardamom, Wild Cherry and cloves are expectorants.

Certain medicinal herbs contain disinfectant property, which destroys disease-causing germs. They inhibit the growth of pathogenic microbes that cause communicable diseases. Herbal medicine practitioners recommend calmative herbs, which give a soothing effect to the body. They are often used as sedatives.

Certain aromatic plants such as Aloe, Goldenseal; Barberry and Chirayata are mainly used as mild tonics. The bitter taste of such plants reduces toxins in blood and they help destroy infection as well.

NABARD took the important initiative of supporting such arrangements by the banking sector and developed a special refinance package for contract farming aimed at promoting increased production of commercial crops.

To increase the production of commercial crops as for the creation of marketing avenues for the farmers, contract farming arrangements are made eligible for availing special refinance package from National Bank for Agriculture & Rural Development (NABARD).

The different initiatives undertaken by NABARD in this direction are;