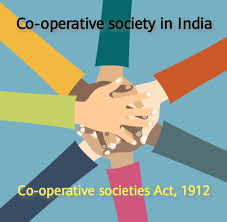 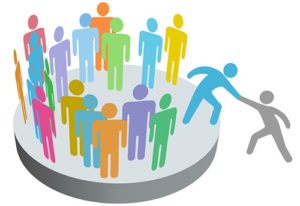 A co-operative society is an autonomous association of persons united voluntarily to meet their common economic, social and cultural needs and aspirations through a jointly-owned and democratically-controlled enterprise.

A co-operative society is another means for forming a legal entity to conduct business besides forming a company. It pools together human resources in the spirit of self and mutual help with the object of providing services and support to members.

The Co-operative Principles under which a co-operative society operates and carries out its business are :-

To form or setup a co-operative society one has to follow certain set of rules or guidelines.  It is important to ascertain the nature and importance or advantages of forming a society in present scenario over other business structures.

The co-operative movement started to protect the interests of weaker sections of society. The primary or main objective of this movement is ‘how to protect economically weaker sections of society’ from the middlemen who gain illegally by eating away the major chunk of the profits. In all forms of business structures whether be it is a sole trade, partnership or joint stock company, the primary motive is to increase profits.

The laws governing the societies are “THE co-operative societies act, 1912” which is a central Act formed by the Union with the liberty to the concerned states to form their State Act governing the societies to suit their local conditions but the condition being that it should not be in derogation to the central Act. Many states have enacted their own co-operative society Act and rules there under but more or less the requirements to be met by persons who want to form the society remains the same.

The question of ownership is, in theory, easy to answer. Cooperative corporations, like other corporations, are owned by those who contribute equity to the firm. Yet an individual’s investment in a cooperative – equity contribution – is tied directly to his or her use of the cooperative

Cooperative businesses require capital, and they generate capital in part through the share investments of member-owners. Debt and earnings are the other primary sources of capital. Members own and invest in their cooperative because they trust that doing so is in their best interest.

1] Producer Cooperative. To protect the interest of small producers, these societies are set up.

The Cooperative Societies Act, 1912 expanded the sphere of cooperation between its members and provided for supervision by central organization. A cooperative society, which has its object the promotion of the economic interests of its members in accordance with the co-operative principles may be registered with limited or unlimited liability by filing application to the registering authority with requisite documents to be submitted by them

A Co-operative Society has to conduct itself  as  per the following listed below:

Steps to form a Co-operative society

To form a society, law mandates that 10 members minimum must show intention to be part of the society having same aim and objective to be achieved through the society for their mutual benefit and thereby be desirous to be part of it.

Once a group of individuals have a desire to form a society the next step should be there must be a provisional committee of which everyone is part of and all of them should by mutual consent or by majority whichever they prefer must choose a person who will be a chief promoter of the society which is going to be formed by them.

Step 3: Selection of name of Society

Thereafter once a chief promoter is selected by set of individuals among them, they have to select a name for the co-operative society which they wish to form

Step 4: Application to the Registration Authority

Once the name of the society is selected by the members then they have to make a application to the registration authority stating that they have a intention to form a society and the name of the society has to be given to the authority for its approval and registering authority has to confirm that name is in conformity with laws and issue a confirmation certificate to the members. Then when the members get their name approval from the authority it is valid for 3 months from the date of approval.

Once name approval comes from the concerned authority, the entrance fee and the share capital must be collected from the concerned prospective members to meet the statutory requirements under law and it can be prescribed by the members themselves or society act mandates certain fees to be paid by them.

Thereafter once the prescribed fee and share capital is collect from the prospective members, then as per the directions of the registering authority promoter has to open a bank account in the name of the society and deposit the said fees and share capital in that account and a certificate has to be obtained from the bank to that effect

Form No. A in quadruplicate signed by 90% of the promoter members
1. List of promoter members
2. Bank Certificate
3.  Detailed explanation of working of the society
4.  Four copies of proposed bye-laws of the society
5. Proof of payment of registration charges
6. Other documents such as affidavits, indemnity bonds, any documents specified by the Registrar also have to be submitted.

All these documents have to be submitted at the time of applying for registration of the society to the registering authority and the authority after it is satisfied with the documents submitted to it has to apply its mind to whether or not to register the said society.

Step 8: Registrar has to acknowledge

After the submission of the said documents has mentioned in step 7, the registrar of that municipal ward has to enter the particulars in the book called the “register of Application” which is generally specified in form B and give it a serial number to the application. Thereafter the registrar has to issue a receipt to that effect and give it to prospective members to know the status of the application when it is pending.

Then the registrar after perusal of the records submitted to him has to make a decision whether has to issue a certificate of registration or not and if there are any discrepancies noticed then he has to inform the members of the same and get it rectified if any.

In India, Co-operative Societies were considered as ideal instruments to motivate the people to come together and help themselves in the process of eliminating the unprincipled middlemen making a huge profit at the expense of the society.

The main guiding factor if an individual or group of individuals want to form a society must be whether all the concerned members have common goal to achieve or not, it is important factor because only when they share common desire or intention then only society is desirable otherwise the whole purpose of forming a society will be defeated.

Societies like any other business structure come with certain advantages and disadvantages, they are: