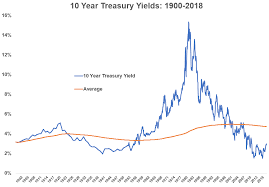 Mean reversion is a financial term for the assumption that a stock’s price will tend to move to the average price over time.

Using mean reversion in stock price analysis involves both identifying the trading range for a stock and computing the average price using analytical techniques taking into account considerations such as earnings, etc.

Mean reversion has the appearance of a more scientific method of choosing stock buy and sell points than charting, because precise numerical values are derived from historical data to identify the buy/sell values, rather than trying to interpret price movements using charts.

Mean reversion should demonstrate a form of symmetry since a stock may be above its historical average approximately as often as below.

Mean reversion is a theory used in finance that suggests that asset prices and historical returns eventually will revert to the long-run mean or average level of the entire data-set. This mean can pertain to another relevant average, such as economic growth or the average return of an industry.

The basics of mean reversion

This theory has led to many investing strategies that involve the purchase or sale of stocks or other securities whose recent performances have differed greatly from their historical averages. However, a change in returns also could be a sign that a company no longer has the same prospects it once did, in which case it is less likely that mean reversion would occur.

Percentage returns and prices are not the only measures considered in mean reverting; interest rates or even the price-earnings (P/E ) ratio of a company can be subject to this phenomenon.

A reversion to the mean involves retracing any condition back to a previous state. In cases of mean reversion, the thought is that any price that strays far from the long-term norm will again return, reverting to its understood state. The theory is focused on the reversion of only relatively extreme changes, as normal growth or other fluctuations are an expected part of the paradigm.

The mean reversion theory is used as part of a statistical analysis of market conditions and can be part of an overall trading strategy. It applies well to the ideas of buying low and selling high, by hoping to identify abnormal activity that will, theoretically, revert to a normal pattern. Mean reversion has also been used in options pricing to describe the observation that an asset’s volatility will fluctuate around some long-term average.

Mean reversion trading tries to capitalize on extreme changes in the pricing of a particular security, assuming that it will revert to its previous state. This theory can be applied to both buying and selling, as it allows a trader to profit on unexpected upswings and to save on abnormal lows.

However, the return to a normal pattern is not guaranteed, as unexpected highs or lows could indicate a shift in the norm. Such events could include, but are not limited to, new product releases or developments on the positive side, or recalls and lawsuits on the negative side. An asset could experience a mean reversion even in the most extreme event. But as with most market activity, there are few guarantees about how particular events will or will not affect the overall appeal of particular securities.