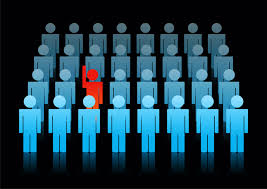 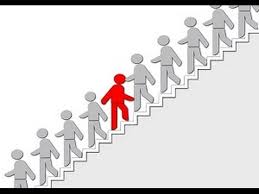 Notable Characteristics: Defines the phrase “goes against the grain.” Never hesitates to inject a contrary viewpoint, whether at a department meeting or Grandma’s Thanksgiving dinner table. Habitual sender of email forwards promoting offbeat philosophies. If you say right, this head-butter goes left.

Contrarian investing is an investment style in which investors purposefully go against prevailing market trends by selling when others are buying, and buying when most investors are selling.

Contrarian investors believe that people who say the market is going up do so only when they are fully invested and have no further purchasing power. At this point, the market is at a peak. So, when people predict a downturn, they have already sold out, and the market can only go up at this point.

Contrarian investing is, as the name implies, a strategy that involves going against the grain of investor sentiment at a given time. The principles behind contrarian investing can be applied to individual stocks, an industry as a whole or even entire markets. A contrarian investor enters the market when others are feeling negative about it. The contrarian believes the value of the market or stock is below its intrinsic value and thus represents an opportunity. In essence, an abundance of pessimism among other investors has pushed the price of the stock below what it should be, and the contrarian investor will buy that before the broader sentiment returns and the share prices rebounds.

According to David Dreman, contrarian investor and author of Contrarian Investment Strategies: The Next Generation, investors overreact to news developments and overprice “hot” stocks and underestimate the earnings of distressed stocks. This overreaction results in limited upward price movement and steep falls for stocks that are “hot” and leaves room for the contrarian investor to choose under-priced stocks.

Contrarian investors often target distressed stocks and then sell them once the share price has recovered and other investors begin targeting the company as well. Contrarian investing is built around the idea that the herd instinct that can take control of market direction doesn’t make for good investing strategy. However, this sentiment can lead to missing out on gains if broad bullish sentiment in the markets proves true, leading to market gains even as contrarians have already sold their positions. Similarly, an undervalued stock targeted by contrarians as an investment opportunity may remain undervalued if the market sentiment remains bearish.

Contrarian investing is similar to value investing because both value and contrarian investors look for stocks whose share price is lower than the intrinsic value of the company. Value investors generally believe that the market overreacts to good and bad news, so they believe that stock price movements in the short term don’t correspond to a company’s long-term fundamentals.

Many value investors hold that there is a fine line between value investing and contrarian investing, since both strategies look for undervalued securities to turn a profit based on their reading of the current market sentiment.

The most prominent example of a contrarian investor is Warren Buffet. “Be fearful when others are greedy, and greedy when others are fearful” is one of his most famous quotes and sums up his approach to contrarian investing. At the height of the 2008 financial crisis, when markets were tumbling amidst a wave of bankruptcy filings, Buffett counseled investors to buy American stocks. As example, he purchased equities for American companies, including investment bank Goldman Sachs Group, Inc.  Ten years later, his advice proved to be correct. The S&S 500 was up by 130 percent and Goldman’s stock had jumped by approximately 196 percent.

Michael Burry, a California-based neurologist-turned-hedge fund owner, is another example of a contrarian investor. Through his research in 2005, Burry determined that the subprime market was mispriced and overheated. His hedge fund Scion Capital shorted the riskiest parts of the subprime mortgage market and profited from them. His story was written up into a book, The Big Short, by Michael Lewis and has been made into a movie of the same name.